News Telemedicine In The News

Telemedicine In The News

A $39 million grant was approved by the Federal Transit Administration last week, and $2.3 million of that will come to the Southern Tier — giving agencies that provide transportation to senior citizens and people with disabilities the funds to …

A physician in New Hampshire can now establish a valid doctor-patient relationship without needing a prior in-person exam. This is among several recent changes in New Hampshire’s telemedicine laws that offer new opportunities for telemedicine companies and healthcare providers, so …

What Telemedicine Can Do For Your Aging Parents

Technological tools used to diagnose and treat mental health issues may help to offset barriers that continue to prevent millions of Americans from getting the care they need. Read More

During its first year, the telemedicine machine at Tift Regional Medical Center was nothing more than a glorified Internet portal. The hospital staff wasn’t quite sure what to do with it. With few people connected, the world of telemedicine was a …

The Importance of Reimbursement in Telemedicine Adoption

The policies surrounding mobile health implementation and telemedicine adoption could have a big impact on the healthcare industry in the coming years, as it could very well be reimbursement from the federal and state governments that could push forward the … 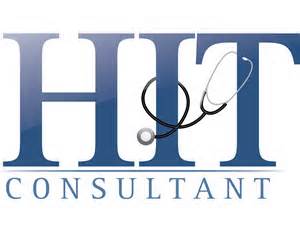 Telehealth technologies are advancing quickly, but their ability to improve access to healthcare depends on a wide range of enabling factors, including communications infrastructure, skills, regulation and culture, according to new report by the Economist Intelligence Unit. The report finds …

Laboring To Grow Telehealth In Georgia

The only primary care practitioner in Hancock County is Kemberly Smith, a nurse practitioner who prepared to examine David Smith, an 80-year-old man with pulmonary disease and circulatory problems that led to the loss of his right leg. Read More

Closing a Hospital, and Fearing for the Future

By this weekend, the last patients will be discharged and Mercy Hospital Independence will close, joining dozens of rural hospitals around the country that have not been able to withstand the financial and demographic challenges buffeting them. Read More

How the AMA is Hatching New Billing Codes for Telemedicine

The American Medical Association is playing catch-up to the already explosive growth in telemedicine, according to physicians involved in the AMA’s new work group tasked with cranking out billing codes for the technology-enabled encounters. Read More